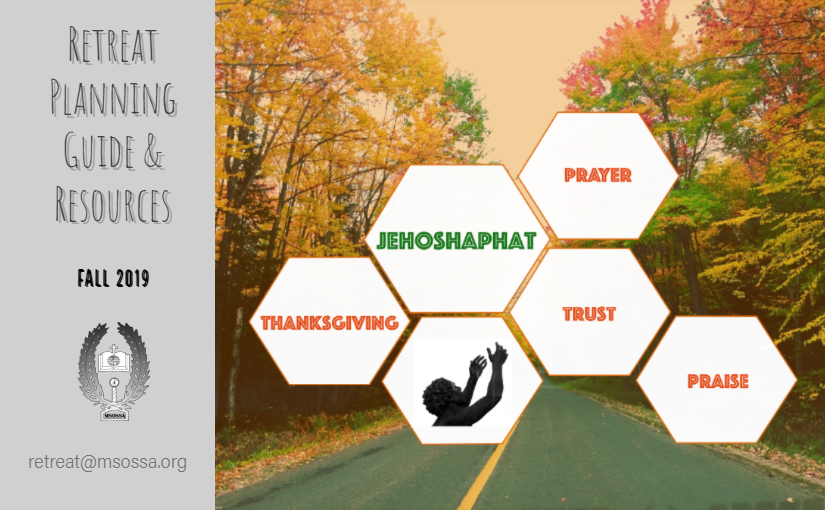 General Objective:  To better understand hurdles in life can be overcome with praise and thanksgiving.

Have the students sit in a circle. Ask them what they would do if they won a prize money of 1 million dollars. (It might be better to write. Otherwise kids end up saying what the person before them said.)

Next ask them what they would do if they got a letter saying they owe some company a 100,000 dollars.

Write two things their family does when there is a reason to celebrate.

Write two things their family does when faced with a challenge, such as an illness, job loss, or not getting an anticipated grade in school.

Read the passage from the Holy Bible: 2 Chronicles 20 (The Bible passage is lengthy so please free to cover necessary important sections only if needed as the students may get distracted). The following video presents the story very well.

Summary of the Story

Jehoshaphat was a good king. One day some messengers brought him a very terrible news. Three kingdoms had joined forces and were getting ready to fight King Jehoshaphat. Three kingdoms against one is a scary deal. King Jehoshaphat was scarred. But the scary situation did not let him lose focus on doing the right thing. He gathered his people, ordered a fast and looked to God for help. Every man, woman and child was there to pray with the king. Then God’s spirit filled Jahaziel and he stood up in the midst of the congregation and spoke to the King and the people.

“Listen, King Jehoshaphat and all who live in Judah and Jerusalem! This is what the Lord says to you: ‘Do not be afraid or discouraged because of this vast army. For the battle is not yours, but God’s. 16 Tomorrow march down against them. They will be climbing up by the Pass of Ziz, and you will find them at the end of the gorge in the Desert of Jeruel. 17 You will not have to fight this battle. Take up your positions; stand firm and see the deliverance the Lord will give you, Judah and Jerusalem. Do not be afraid; do not be discouraged. Go out to face them tomorrow, and the Lord will be with you.’”

King Jehoshaphat believed in God’s promise. He fell face down on the ground and worshiped God with a thankful heart. The people also joined the king and worshiper God. Then the priests started to praise God in thanksgiving.

The next day in the morning King Jehoshaphat encouraged the people to trust in God and they marched out to encounter the enemy. The king did something unconventional. He consulted his people and appointed singers to sing praises to God and go ahead of the army. One may think that wasn’t a wise decision. God’s promise was the reason for King Jehoshaphat to trust that the victory would be theirs. The enemy army which comprised of three different armies ended up fighting against each other.  They did a thorough job of it that there was not a single enemy left alive. Jehoshaphat, when faced with trouble was able to look to God, believe in His promise and thank him wholeheartedly. He thanked God for His promise even before the actually saw the outcome. Which applies to the definition of faith as mentioned in Hebrews 11:1. Jehoshaphat did not win the war with swords and spear but by praise and thanksgiving.

Example:  Being bullied.  If the teacher is comfortable addressing this topic, encourage a discussion or ask the students about a challenge they face and discuss it.

When bullied, the natural tendency is to become miserable, feel worthless, angry, lonely, scared, self esteem is lowered. These negative feelings are justified.

How can this be addressed in a different way?

Instead of letting the negative feelings overtake you, you can focus your thoughts on the strengths that you have, the blessings that you have, that God is with you. Shifting your focus helps to see things in a different perspective, seek the help you need from the right person at the right time.

Objective: To comprehend the value of sight which is usually taken for granted.
Materials required:

Have the students sit in a circle. If there are too many kids divide them into smaller groups with a supervisor for each. Pick a kid willing to be blindfolded.

Blindfold the child and hold and object in front of him or her. Ask the child  to describe it. Have the child touch it. Ask what is the color? What is written on it? What does it contain?

Do the same with other kids. Hold a different object each time. If there dearth of time, using a lots pick 2-5 students, to volunteer for the activity.

Ask the students if they prefer to be blindfolded all the time or rather see. Should they be thankful for their sight? Why? How often are they thankful about it? What does having sight help you do?

How much should you be thankful. How can you show your gratitude?

Activity 3 – Thankful to be ME

Color the picture of you. Make it as beautiful as you can.

Use the template here:
https://drive.google.com/a/msossa.org/file/d/1qe8x8DvQ-HRbNI2NTAyun35tZZYW6iFQ/view?usp=sharing

Write 10 things you are thankful for and why?  (example)

The first game you can play is a memory verse game.  Pick a verse that your children have been working on.  Divide your class into two teams and invite a child to come forward from the first team and ask him to recite the verse from memory.  If he is successful, let him roll the die 2 times. Add the 2 numbers together. This is the number of times the child must jump the rope.  You and another adult or responsible child can turn the rope. The child can choose to either run into the rope or start his jumping at a standstill.  If the child is successful, he earns the number of points he rolled to jump times 100. For example, if the child rolled a 7, he would earn 700 points for his team.

The second game follows the same rules as the first, but instead of having the kids recite just one verse that you have been working on, let them choose a verse of their choice before rolling the die.

On the third activity, follow the same rules as the first game, but instead of quizzing your class on a memory verse, test them on some Bible review questions you have come up with beforehand.

Have the kids complete the crossword puzzle.  Download and print from here: